For centuries, sultans and princes, saints and scholars, elites and commoners have been buried in two sprawling cemeteries in Egypt’s capital that comprise the uniquely historic City of the Dead.

Now, in a campaign to reshape Cairo, the government is driving highways through the cemeteries, raising alarm from preservationists.

In the Northern Cemetery last week, bulldozers demolished the walls around some family grave compounds to clear the path for a new expressway. The graves date from the beginning of the last century and include the final resting places of well-known writers and politicians.

The ornate, 500-year-old domed mausoleum of a Mamluk sultan towers in the construction’s path and, though untouched, will likely be surrounded on either side by the multi-lane highway.

In the older Southern Cemetery, several hundred graves have been wiped away and a giant flyover bridge swiftly built. In its shadow sits the mosque-shrine of one of Egypt’s earliest prominent Islamic clerics, Imam Leith, from the 700s.

As the bulldozers worked, families rushed to move the remains of their loved ones. Others faced losing their homes: Although known as the City of the Dead, the cemeteries are also vibrant communities, with people living in the walled compounds built by families around the graves of their ancestors.

Cairo’s governorate and the Supreme Council of Antiquities underlined that no registered monuments were harmed in the construction.

“It is impossible that we would allow antiquities to be demolished,” the head of the council, Mostafa al-Waziri, said on Egyptian TV. He said the affected graves are from the 1920s and 1940s and belong to individuals who will be compensated.

But antiquities experts say that is too narrow a view. Among the wrecked graves are many that, though not on the limited list of registered monuments, have historical or architectural value.

More importantly, the freeways impact an urban fabric that has survived largely intact for centuries. The cemeteries are included in a historic zone recognised as a UNESCO World Heritage Site.

“It goes against the identity of the location itself. They [the cemeteries] have been an integral part of the history of Cairo since its inception,” said May al-Ibrashy, a conservation architect who chairs the Mugawara Built Environment Collective and has worked extensively in the Southern Cemetery.

Antiquity experts said even if registered monuments were not damaged, the area is within the boundaries of Historic Cairo set by Egyptian law, which lays out protections. 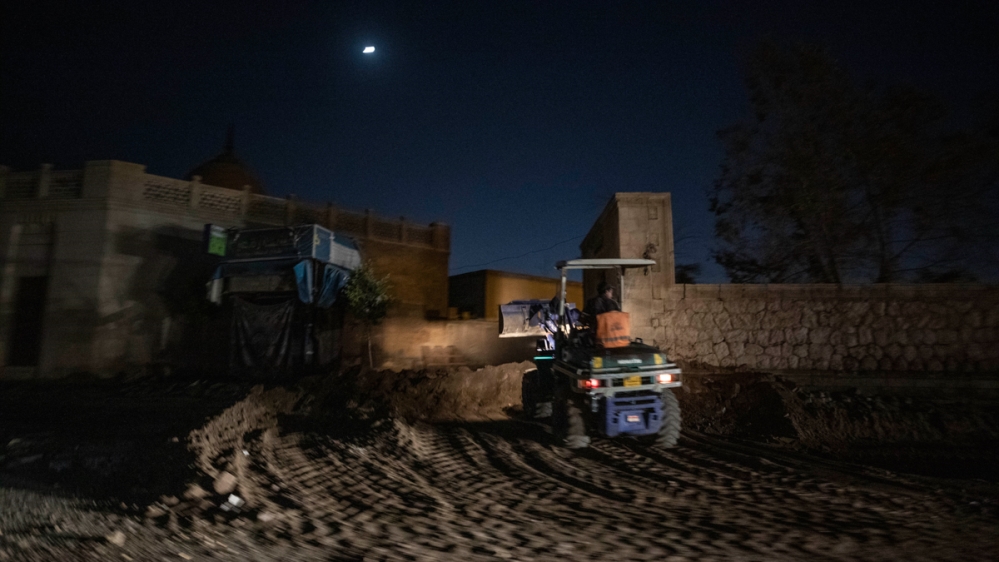 Dozens of graves have been partially or fully destroyed. [Nariman El-Mofty/AP Photo]

Critics say the construction at times has no regard for the Cairo neighbourhoods it passes through. In some cases, gardens and green spaces have been torn down for bridges.

One flyover was built almost the exact width of the street it runs down, and residents can step out of their upper-story windows onto the expressway.

The construction in the cemeteries, antiquities experts say, is a blow to efforts to preserve what is unique about historical Cairo: not just monuments spanning from Roman-era Christianity, through various Muslim dynasties to the early modern era, but also its cohesion through the centuries.

The two cemeteries extend north and south outside Cairo’s Old City, each at least 3km (about 2 miles) long.

The Northern Cemetery first began to be used by nobles and rulers in Egypt’s Mamluk sultanate in the 1300s and 1400s. The Southern Cemetery, also known as al-Qarafa, is even older, used since the 700s, not long after the Muslim conquest of Egypt.

“It’s a City of the Dead, but it’s a living heritage. This continuity is very valuable,” said Dina Bakhoum, an art historian specialising in heritage conservation and management. 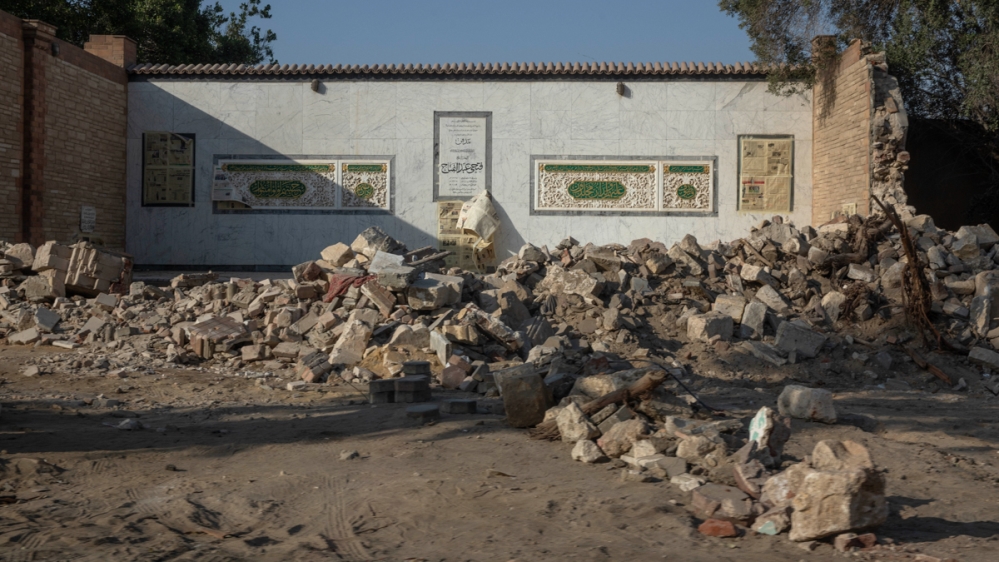 “I’ve lived here for 41 years, I married my husband here,” said a woman in her 60s at the mausoleum of a prime minister from the early 20th century.

“We have a long connection to this place. They don’t respect the living or the dead,” she said, speaking on condition of anonymity for fear of reprisals.

In the Southern Cemetery, stands the mausoleum of Imam el-Shafie, one of Egypt’s most beloved religious figures, from the 9th century.

The US election in November will be consequential for Africans | Africa