When I first heard of the Beirut blast on August 4 that killed nearly 200 people and injured more than 6,000 others, I immediately messaged climbing friends in Lebanon. “Are you okay?” I asked Charlie Sifri.

“Yes we’re all safe but the climbing gym is destroyed. We’re lucky Flyp was closed or we’d have perished,” Charlie responded.

I had met Charlie and Beirut’s climbing community in January while reporting on anti-government protests. Climbing for me was a respite from long workdays – for them, an escape from a country in turmoil. Making friends is common in the climbing world and I made them at the Flyp gym.

That week of the blast, the Lebanese government allowed businesses to reopen after months of COVID-19 restrictions. But an electricity blackout and a lack of fuel – on the day of one of the largest non-nuclear explosions in modern history – forced Flyp’s owner Diala Sammakeih to keep the climbing wall closed, a decision that saved many lives.

Flyp is one of three climbing gyms in Beirut, bringing together like-minded people with a love for the outdoors. “A safe haven,” as one of the climbers called it, away from Lebanon’s political instability and its severe economic crisis. 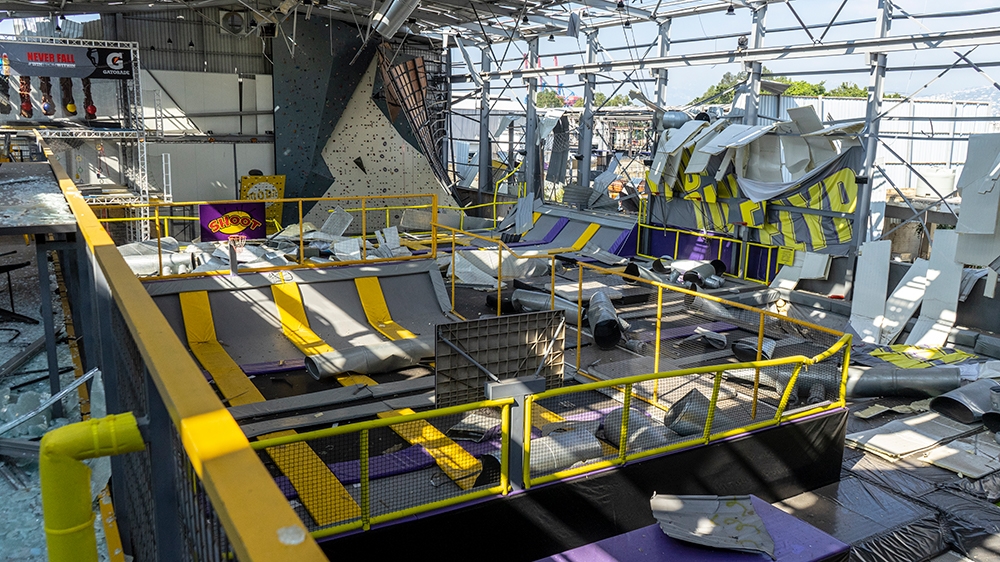 Diala’s home, which looks onto the blast site at Beirut’s port, wasn’t spared either. The mother of three spent that day “bringing out dead neighbours until 11pm, including a fellow climber’s brother”. It wasn’t until the next day that she saw the extent of damage caused to her business. Flyp’s neighbourhood, Karantina, was one of the most severely hit by the explosion.

Less than 1.5km from the epicentre, the climbing gym’s roof caved in despite it being structurally unsafe. One hundred climbers volunteered from across the country to clear debris and save what they could.

Interior designer Laura Karam said: “The place is destroyed. The ceiling and walls peeled off. Glass and metal everywhere. We’re lucky we weren’t there when it happened. But it’s been amazing to see the climbing community come together. We had to do something.”

“Why do you have more than 2000 tonnes of explosives in the middle of the city?!”

A Beirut resident voices her fury at Lebanon’s authorities 👇 pic.twitter.com/ONsMogRWI4

Diala, among other climbers, blames corruption for the situation thousands of Lebanese are in. As many as 300,000 people in the capital were made homeless. With no financial help from the government so far, she is unsure what the future holds for the climbing complex that will cost thousands of US dollars to rebuild. She wants to return to business as usual but is doubtful of receiving any form of compensation.

Her anger like many Lebanese is palpable. “As long as the politicians have roofs over their heads, they don’t think we’re important. Can you imagine the army even asked us to remove the debris on the roads in front of the climbing gym? I told them where’s the government to do it?”

After 25 years in the corporate world, Diala risked a career change despite unemployment at an all-time high because of the economic crisis. She set up Flyp in 2019 with a friend to create a community for climbers unable to travel often to Lebanon’s mountains. It started with just 20 new climbers and now there are 150. She saw a gap in the Lebanese market as climbing gained popularity worldwide. The sport is being included for the first time in 2021 Tokyo Olympics.

At an emotional and financial loss, the Lebanese climbing community rallied around Diala. First they needed to raise money, so they created a crowdfund  and reached out to climbers globally. Donations flooded in from professional world champion climbers to grassroots gyms in Europe, the United States, and the Middle East. 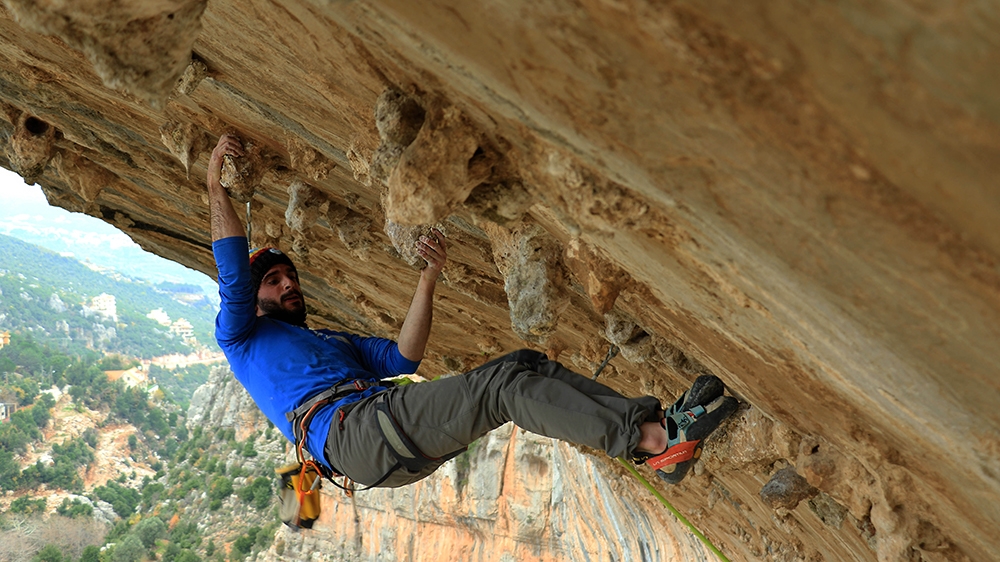 Laura Karam, who has experienced several bomb blasts in Lebanon, knew what to do on August 4 but nothing prepared her for the aftermath that would hit her family and climbing friends. She put her social media skills to good use and started contacting people in the climbing world.

“The response has been nothing but positive from the international community,” she said. “It means so much to us. It’s heartwarming. Many may not have heard of us but they still reached out.”

Lebanese climber Jad Khoury shared that sentiment. He explained: “In Lebanon, we don’t have this idea of crowdfunding like other countries. We donate in person but well-known climbers like Sam Elias from the US came on board and it’s helped a lot.”

The rock climber who shared the Flyp appeal with thousands of followers on social media told Al Jazeera he was motivated to do something because of his “deep connection to Lebanon through family and friends and personal experiences”. During a trip to Lebanon in 2015 to meet relatives, he helped bolt a number of tough routes on the limestone cliffs of Tannourine, in northwest Lebanon. 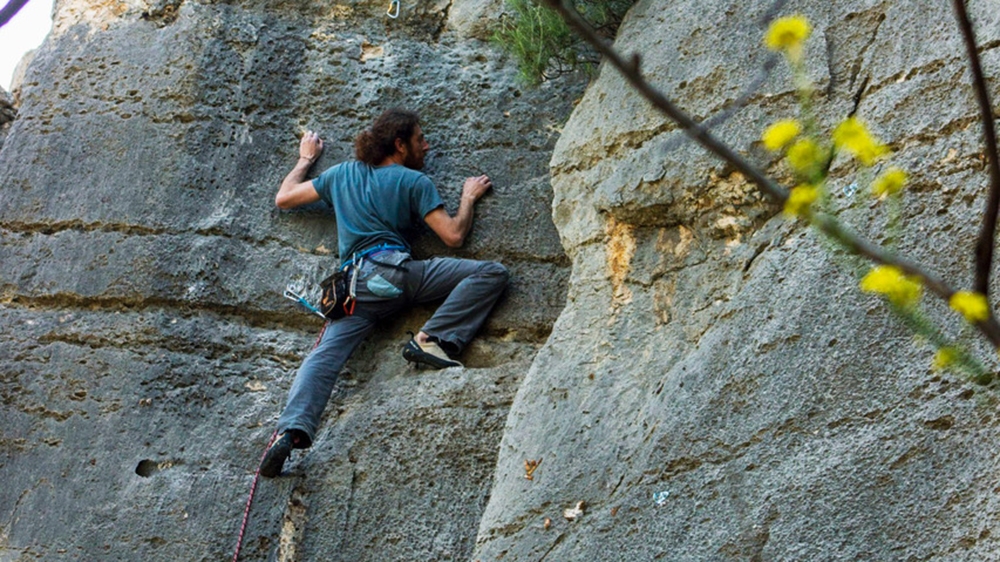 Jad who’s been climbing for more than a decade said outdoor climbing routes have tripled in the last 10 years. He’s part of a group of original climbers that put Lebanon on the international climbing map. Professional climbing athletes such as Nina Caprez, Thomas Berger, Brittany Griffith, Tom Bolger, and Boone Speed have all climbed Lebanon’s crags.

Austrian David Lama sent the first and hardest 9a route in the Levant region. Before his death last year, Lama described the route he and Jad named Avaatara as “blue-and-orange limestone and the intense green of the plants, immediately made me think of the surreal landscape in the movie Avatar”.

The origins of climbing there started when the French army bolted new routes in the 1990s. There are 15 crags and 470 routes to climb, but mostly during the warmer season.

Jad described losing one of the three climbing walls in the country as “a big loss”.

“Yes, it was a business but it added value to an expanding sport here. It helped feed into the bigger climbing community nationwide, in making climbing accessible to people of all ages in Beirut.” 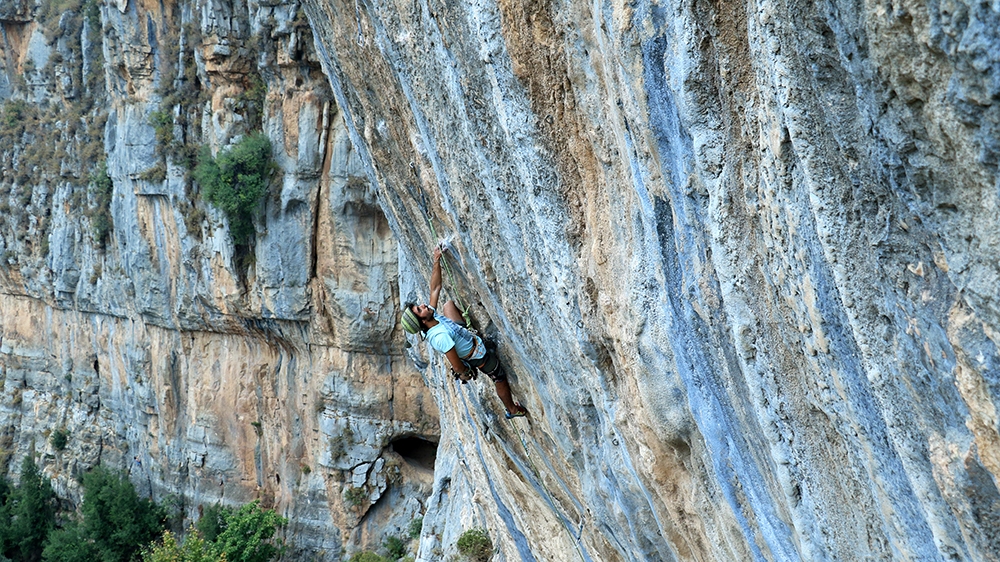 Crowdfunding for Flyp has for the first time brought grassroots communities across the Middle East together. Climbers from countries including Jordan, Egypt, and the United Arab Emirates have raised funds and are still spreading the word. Laura Karam highlighted how another climbing gym in Beirut, URock, held a fundraiser for Flyp.

“I haven’t seen it with other communities. It’s always about working as a team without competition. Climbing is about being human, about the mountains and the rocks. It’s the individual journey – you climb and feel drained but your body feels good. I have non-climber friends who have become interested since the pandemic. They see how it’s helped me cope,” she said.

Diala is determined to reopen Flyp and said the climbing gym is needed now more than ever. A happy place for adults, kids, those with special needs, and the 48 university students working for her who have been able to cover their tuition fees as a result.

Defiant, she wants to send a clear message to Lebanon’s ruling elite. Despite facing hyperinflation and a currency that has lost 80 percent of its value, money raised will help build a small climbing space “to send a message of hope that even though everything is destroyed, we are resilient”.

“Tired but we still have to go on,” said Diala. “Lebanon’s climbers have been amazing despite what we’ve been through. This shows you how important this place was for them.”

Both Jad Khoury and Laura Karam tell me before we end our conversations the crowdfund has introduced global climbers to Lebanon’s natural beauty, for those who want to climb its tufas and stalactites on its limestone mountain walls. 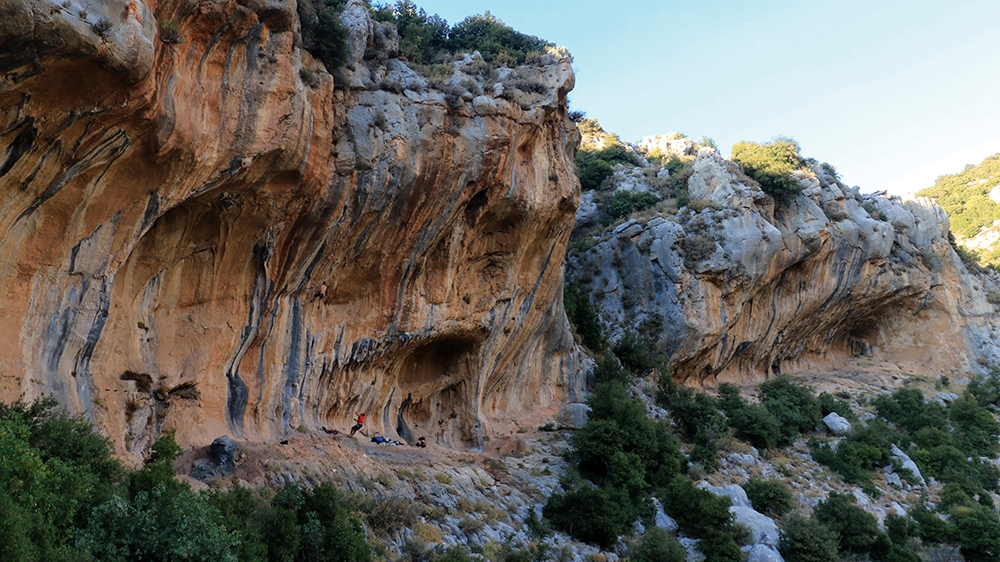 Climbers from countries including Jordan, Egypt, and the UAE have raised funds to rebuild Flyp gym [George Emil/Al Jazeera]

US economy turns in record Q3 growth, but crisis is not over | US & Canada News